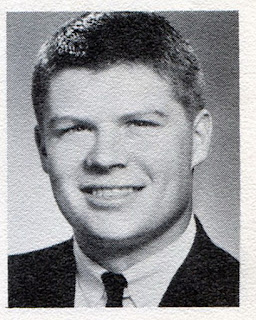 Speaking of movies filmed in Oregon …

… Linfielder Johnny Bill “Moon” Self (Linfield Class of 1969, Napa, Calif., High School Class of 1964), sporting a full beard, had an uncredited bit part in the 1969 movie “Paint Your Wagon,” staring Lee Marvin, Clint  Eastwood (who sings “I Talk to the Trees”) and Jean Seberg.

It was filmed in eastern Oregon (Baker County) in May-October 1968. 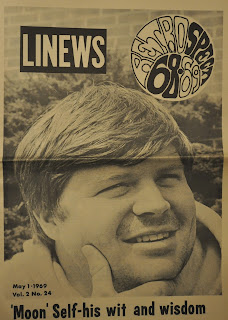 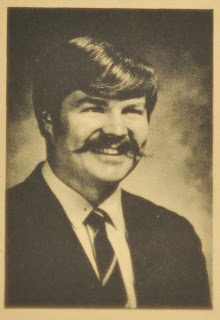 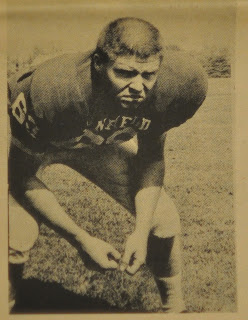 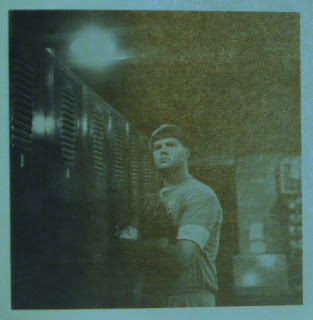 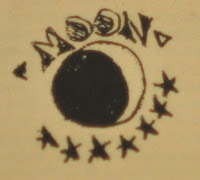 Read about Johnny as a Linfield football player here:
http://wildcatville.blogspot.com/2011/10/theres-even-more-to-story-about-1967.html

According to the story, Johnny was “born 22 years ago in Pauls Valley, Oklahoma.” He came to Linfield after football coach Paul Durham told him to “come on up and bring my own football shoes. I didn’t have any shoes but I came anyway.”
As a Linfield football player, he was JV team captain “because I was the oldest and didn’t cry in the huddle. In my second (year of football) I was named ‘friendliest lineman of the year’ and oldest member of the junior varsity” in the college’s history.”

He was “kicked out of two games that year (by coach Jack Ostlund). Once for not wearing a team with my team blazer and another time for rolling forward in the huddle and doffing my helmet after the crowd gave me an ovation.”

During the summer of 1968 he worked around Baker County doing jobs including bucking hay bales, branding cattle and working on a plywood mill green chain until he was fired for "doing Tarzan yells."

His time in Baker County concluded with landing a job as an "extra" on the ‘Paint Your Wagon’ motion picture being filmed there. According to the 1970 Oak Leaves yearbook, he was an "actor-singer" in the movie.

Posted by Wildcatville at 3:40 PM 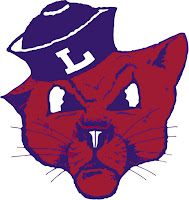 Some say a person is never fully dressed without a hat. Is the same true for college/university sports team mascots? 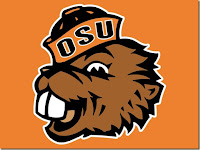 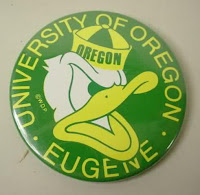 There are many renditions of each mascot mentioned in this insightful/fascinating/somewhat researched story. Depending on the rendition, what is stated/indicated/declared can be proven true or not. Accepting the story as gospel truth is the best for you. Apologies to Pete Seeger: 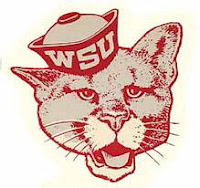 It used to be that many college/university mascots wore hats. Some still do. Among the “still do" are:


LINFIELD:  “Mac” wears a hat in illustrations and in person. (The illustration shown here has been succeeded by the Cat without what some considered crossed eyes.) You might be interested in Linfield Football’s annual “Cats on a Hat” decals affixed on helmets ritual.
http://wildcatville.blogspot.com/2013/09/linfield-football-2013-cats-on-hats.html

OSU: Benny of Oregon State was superseded by the angry Beaver. Angry was replaced by the current Beaver. Benny sports a hat, angry and current don’t. The in-person Benny these days doesn’t wear a hat.

WSU: 'Butch the Cougar' of Washington State wears a hat in some illustrations, but the in-person Butch does not don a hat. *Officially Washington State's mascot is Butch T. Cougar.

Posted by Wildcatville at 7:22 PM

QB Sam Riddle: Read what he said. Vote for him, too! 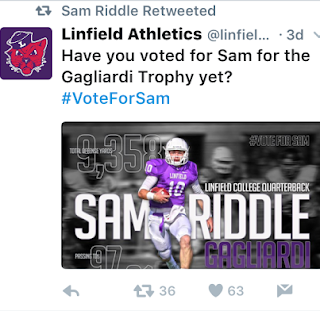 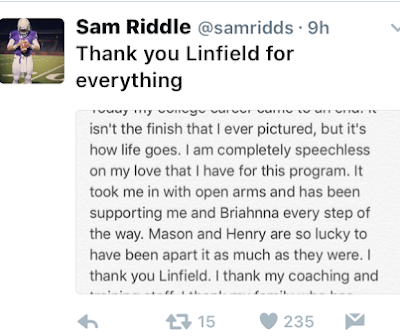 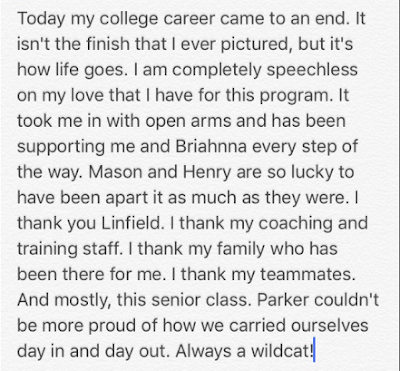 Linfield (Ore.) senior QB, business management major. Two-time NWC Offensive Player of the Year … finished sixth in Division III in yards per pass attempt (10.01) and tied for ninth with 31 passing touchdowns in nine games … produced 2,714 yards of total offense … set career records for total offense and touchdowns responsible for at Linfield … helped raise money for the team sponsorship of two young men from Africa and Bolivia through World Vision, and to provide food for a local family over Christmas.

Posted by Wildcatville at 9:18 PM

“Joined the Oregon State football program in August 2016. Signed a National Letter of Intent to play baseball at Oregon State.”

“Here are some other notes from the team's first day of fall ball.

“Perhaps the biggest hole the team will have to fill is at catcher. Logan Ice, a three-year starter, Pac-12 Defensive Player of the Year and finalist of the Johnny Bench Award, signed with Cleveland after being selected in second round of the MLB draft. The leading candidates to take the spot appear to be KJ Harrison, Michael Gretler, Zak Taylor and Adley Rutschman, who is also a reserve kicker on the football team.” 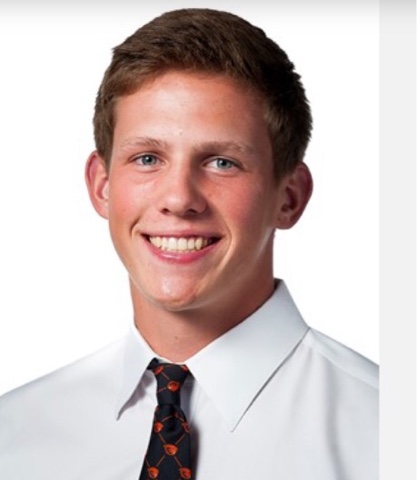 Posted by Wildcatville at 12:16 PM

Posted by Wildcatville at 4:06 PM 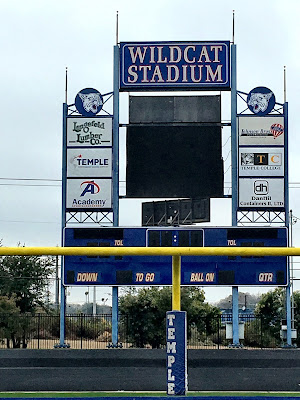 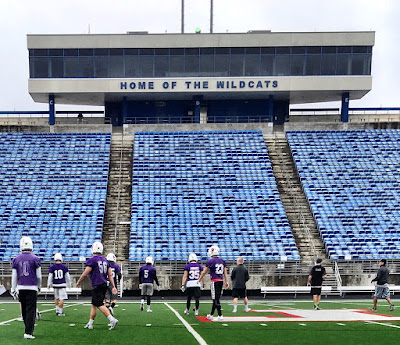 Posted by Wildcatville at 11:21 AM

Linfield Football will be Texas-bound this afternoon (Thanksgiving 11/24/2016) on chartered jet from PDX for next NCAAD3 Football 2016 playoff game (10am Pacific kick, Sat., Nov. 26, in Belton vs. UMHB). Thanks to Tom McFadden, Linfield Athletics Hall of Famer these photos from team Thanksgiving dinner at McMinnville Covenant Church today. 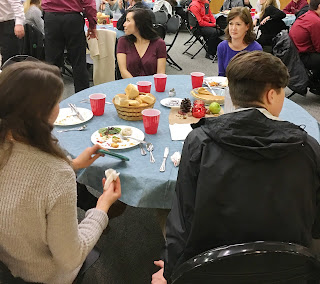 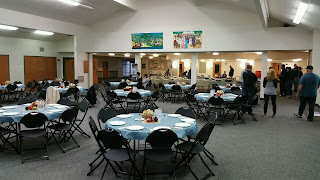 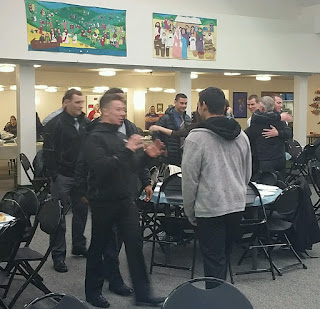 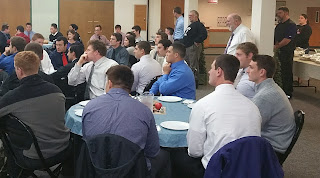 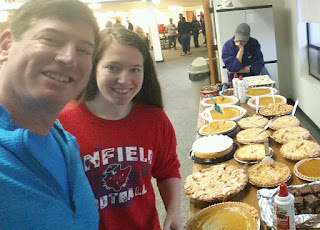 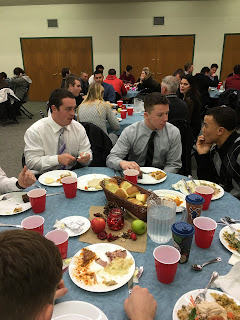 Posted by Wildcatville at 12:55 PM 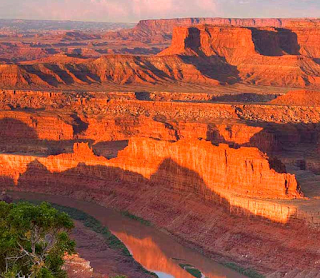 Posted by Wildcatville at 9:41 PM