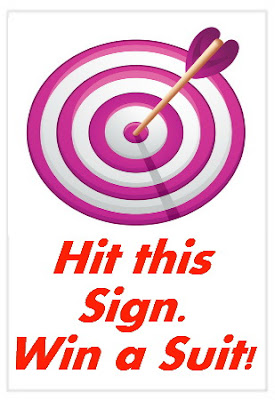 Posted by Wildcatville at 5:38 PM 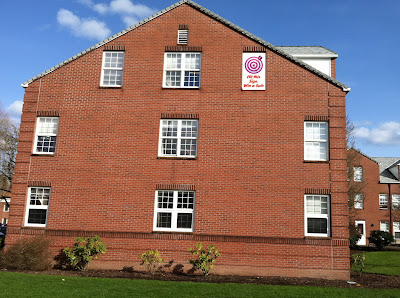 Posted by Wildcatville at 5:37 PM 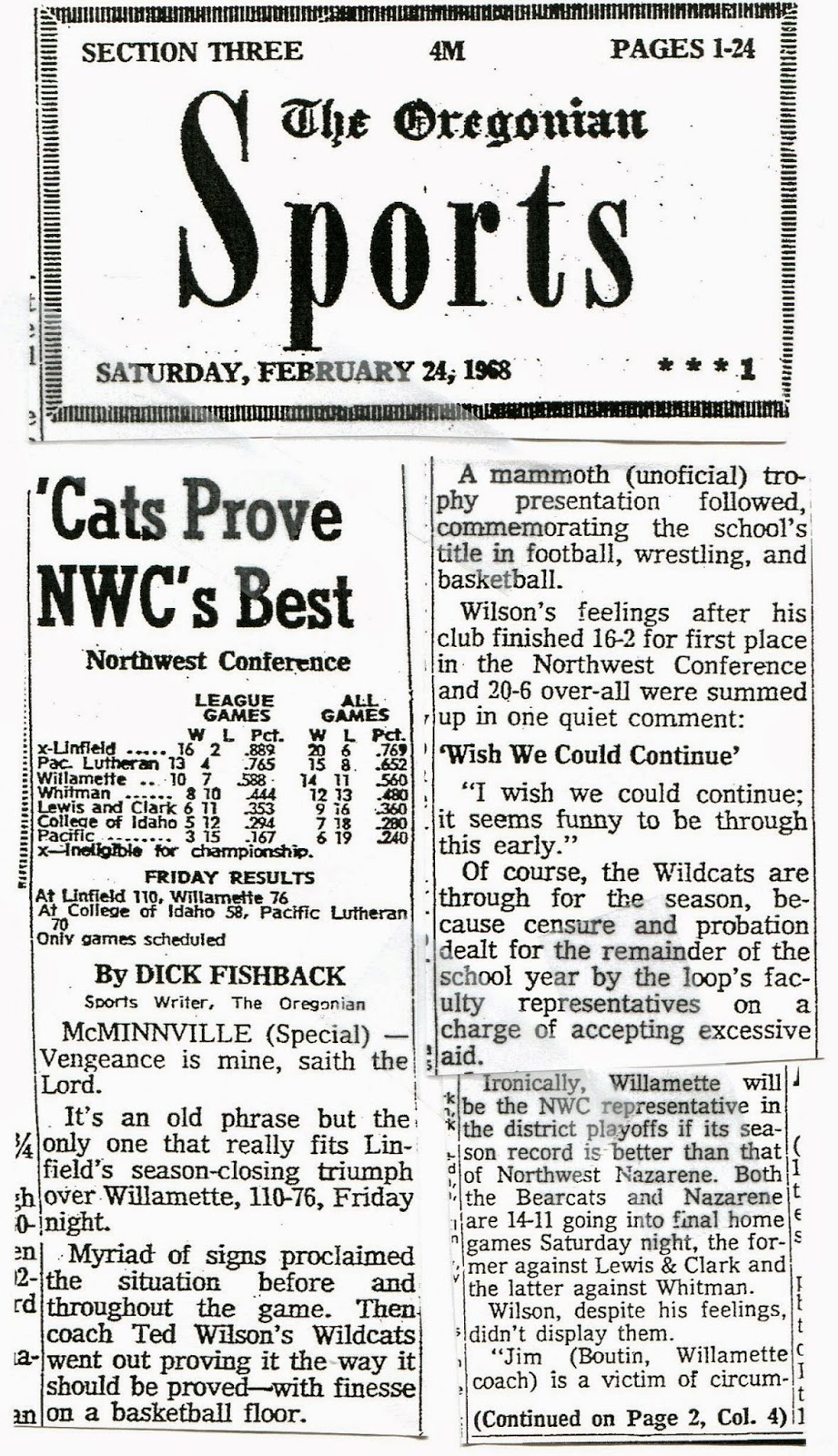 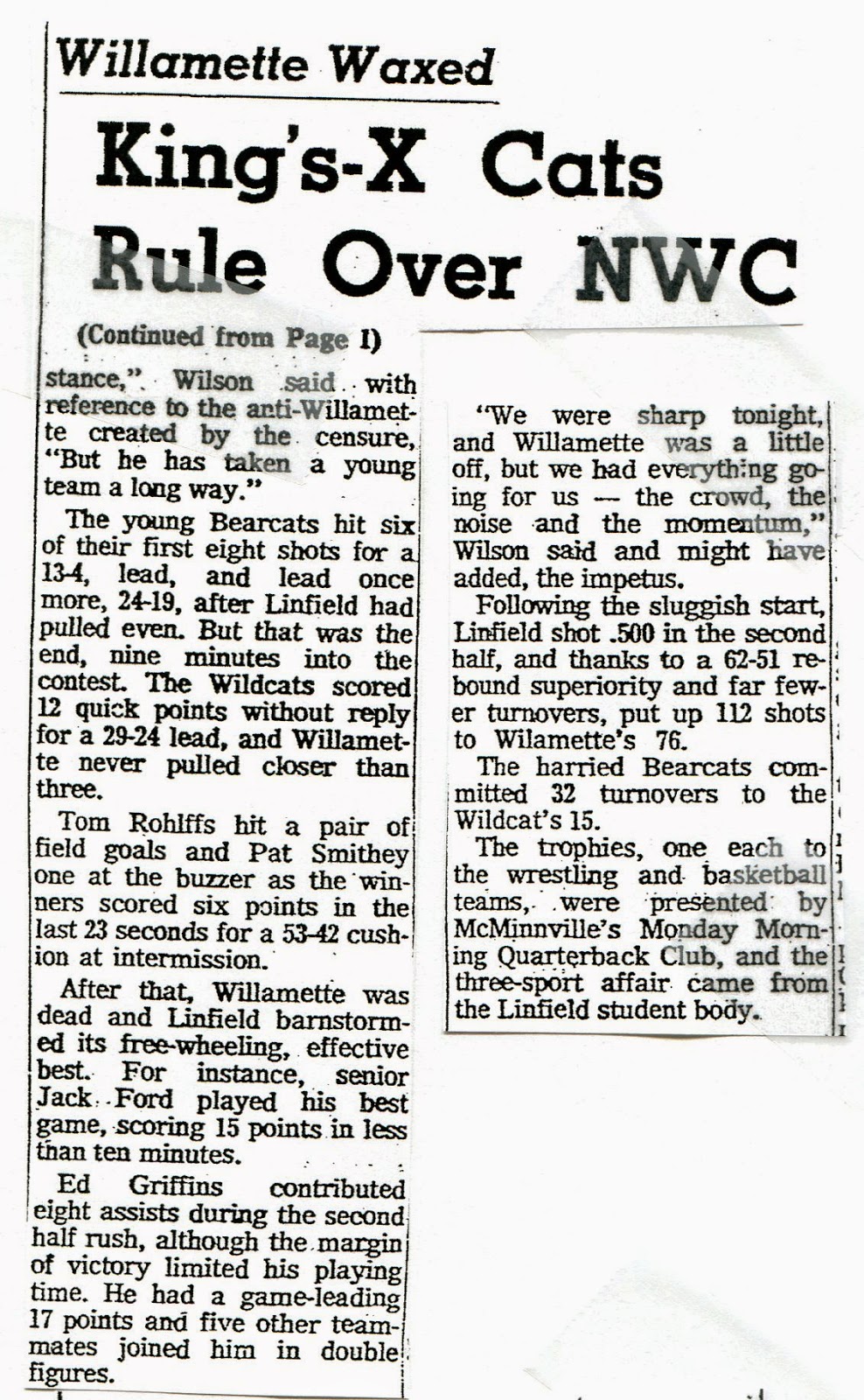 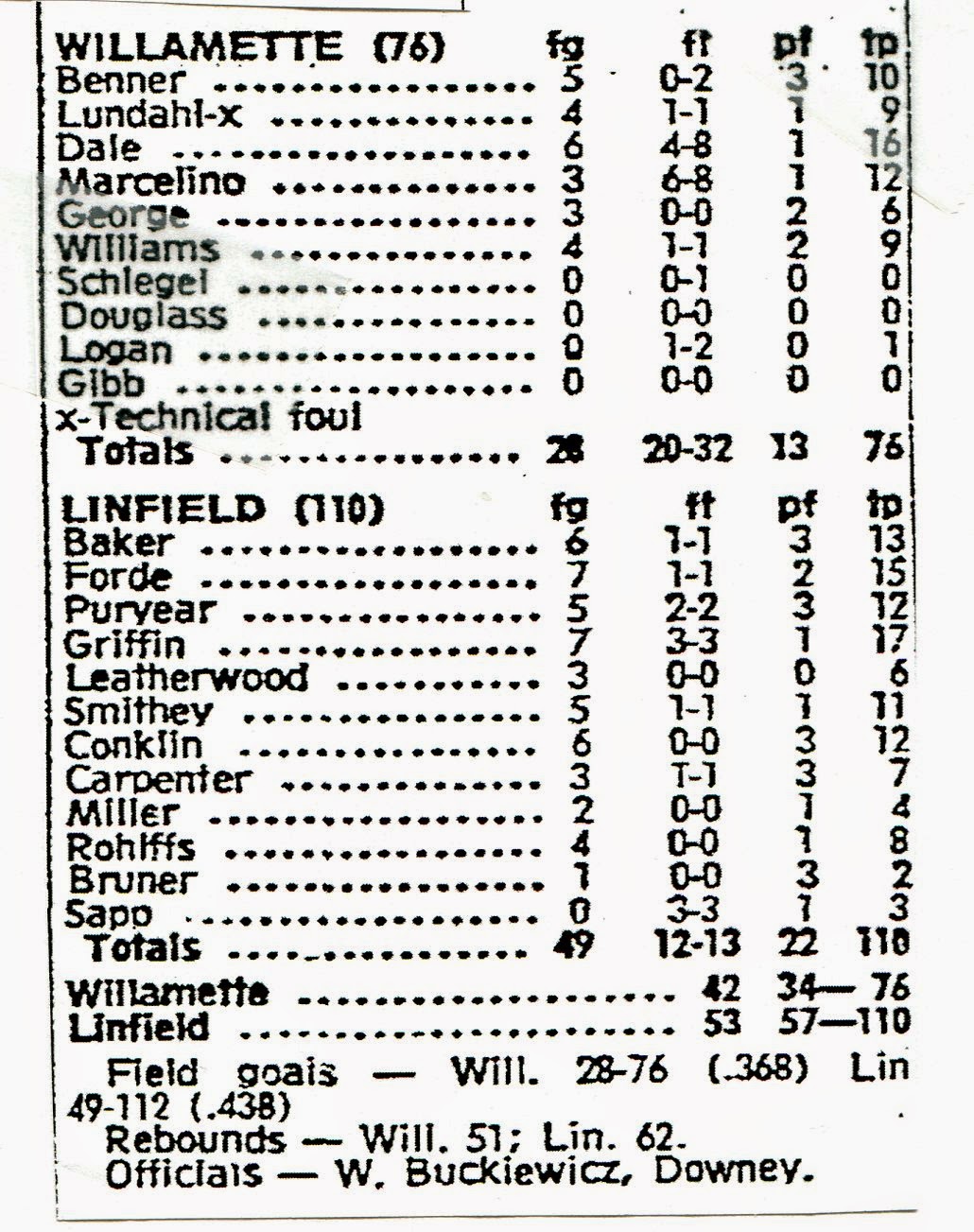 Posted by Wildcatville at 4:46 PM

It started as a gag on the Rachel #Maddow show, but the city plans to install these signs. #angryowl #SalemOR pic.twitter.com/4moMI9y0X6
— City of Salem (@cityofsalem) February 12, 2015

Posted by Wildcatville at 10:21 AM 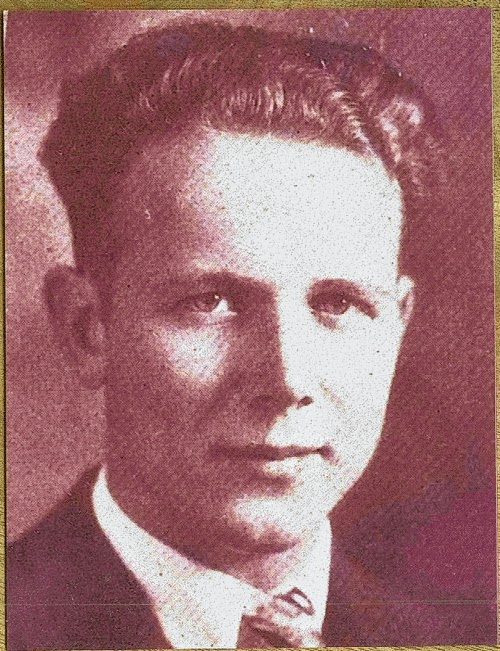 
Just as there likely are a few turkey leftovers still in the fridge, there are leftover stories from a busy fall sports season that got lost in the hectic playoff pursuits for area football, volleyball and soccer teams.

One of those was the dedication of North Bend's track before a late-season football game.

When a committee appointed by the North Bend School Board solicited names for the track dedication, one quickly rose to the top - Frank E. Shriver. And now the track bears his name, just as the football field is named after legendary coach Vic Adams.

A new sign near the east entrance to the stadium fittingly honors both men. While Adams led North Bend's football and basketball programs in the 1930s and '40s, Shriver built up the track program, complete with the oval his athletes ran on.

"Dad literally did build the track,” said Dr. Keith Shriver, who was in town for the dedication ceremonies and remembers playing in the dirt while his dad worked on the facility. "On his own, he went out and dug the pits.”

Frank Shriver also arranged for the city grader to level the surface, worked with students to build and paint hurdles and put in the curbs along the track with cedar donated from a local timber company.

In 1954, he secured funding from the school board so that a cinder surface - the common style of that era - could be put on the track. In 1956, he had cement curbs placed around the inside and outside lanes of the track, and in 1958 he arranged for the cinder to be replaced with fine crushed rock, which remained until the first all-weather surface was installed in 1973.

Meanwhile, Shriver also was building a solid track program, aided by the improved facilities. The Bulldogs finished second to Medford by one point at the 1954 state track meet, and were second to Medford again, by just one-third of a point, a year later.

Shriver also started the school's cross country program and led the Bulldogs to third at state in 1955 and fourth in 1956. Those were the school's best finishes for boys teams until the Bulldogs won the state championship this fall.

Shriver retired from coaching in 1958, but continued to serve as a teacher and dean of boys before becoming vice principal. He retired in 1974 with a special nickname, Mr. Bulldog.

"He really was Mr. Bulldog,” said Keith Shriver. "He was totally dedicated to North Bend High School and the city of North Bend. They gave him that title at his retirement party.”

Frank Shriver died in 1991. His son said he would feel honored by the recognition, just as the family is.

"It's really a dream come true for our family,” Keith said. "The only regret we have is that Mom and Dad are not alive.”

Keith Shriver said he was led into the education field - he's a professor of international business in Arizona - by watching his father's positive influence on students.

"The most meaningful thing is the former athletes and students would come by the house when I was growing up and talk about what an impact he had,” Keith said. "He was quite an inspiration.”

Frank Shriver grew up in North Bend and excelled in football, basketball and track. During his senior year, in 1927, he was class president and won the Bryant Cup, which recognized the school's outstanding athlete. He also set a county record in the 220-yard dash that stood for 33 years.

He earned his teaching degree at Pacific University and eventually returned to North Bend. He actually coached football for two years before becoming the track coach in 1949.

"I think he really did contribute a lot, both in athletics and also helping people,” Keith said. "We watched him really be completely dedicated to North Bend High School, and my mom, also.”

Hilda Shriver was the school nurse.

"We admired our parents with the way they conducted their lives,” Keith said.

The Shriver family has a long track history at North Bend. Frank's older brother, Irwin, and younger brother, Gail, both were county champions, as was his son, Ralph.

Keith Shriver still holds the county record in the 220-yard dash and was elected to the Linfield College Hall of Fame after a career that included winning 51 consecutive college races from 1968 to 1970.

Bruce Shriver was a district tennis champion and later lettered in track and field at Oregon State University.

The success has spread to other areas, including Tualatin High School, where two of Bruce Shriver's children, David and Kyle Shriver, hold school records in track and field. Jill Shriver, the grandchild of Frank's brother, Phil, runs for Tulane University.

Frank Shriver was among the first people inducted into the North Bend High School Hall of Fame - Keith Shriver also was in that first class - and now will be remembered as the namesake for the track, as well.

All of his children - Keith, Bruce, Ralph and Nancy (Harrison) were at the recent ceremony - along with his brother, Phil.

"It was very gratifying to see the outpouring of support of all the community after all these years,” Keith Shriver said.
Posted by Wildcatville at 10:22 PM