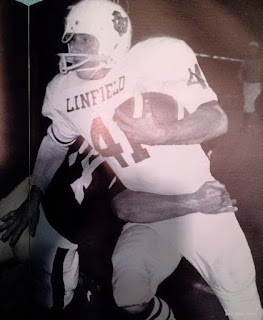 
Came to Linfield from Neah-Kah-Nie High School, Rockaway, Ore., via the University of Oregon and Clatsop Community College, Astoria, Ore. 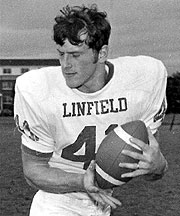 AFTER HIGH SCHOOL, BEFORE LINFIELD


I attended the University of Oregon after high school. I had a full-ride scholarship and was a starter on the UO Duck Frosh football team. But, I changed to Linfield because Linfield’s enrollment was smaller than the UO.  I graduated from Neah-Kah-Nie High (Rockaway, Ore.) and the school enrollment there was 230 students. I felt that the UO was too large of school for me. Linfield was smaller, plus I was comfortable with Linfield’s location as I had relatives in the McMinnville area.


IN ADDITION TO FOOTBALL 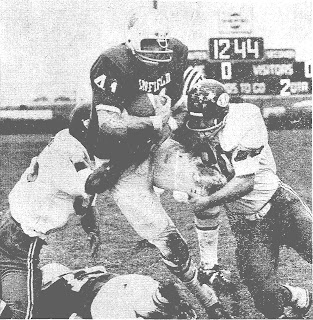 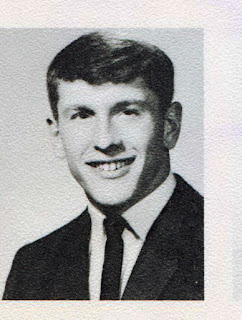 While I was playing for Linfield, I had from scouts for the Los Angeles Rams, Dallas Cowboys and the British Columbia Lions of the Canadian Football League watching me. I signed a contract with the Rams about a month after the draft. (1972 NFL draft, 10th round (251st pick).


WITH THE NFL LOS ANGELES RAMS


I was with the Rams all through pre-season (six games) and then I was put on the taxi squad. But, I couple of weeks later I was cut from the taxi squad so they could add another player. So, I went to the B.C. Lions, signed a contract and played the 1973 season.


WITH THE NEW ENGLAND PATRIOTS


In 1974 I signed a free agent contract with the New England Patriots. I played the opening game of the 1974 season, missed the next two with an ankle injury and was put on injured reserve the rest of the season. I played for the Patriots in the 1975 and 1976 seasons. In 1977, I retired from the NFL and came back to Linfield to finish my master’s degree and help Rutsch coach football.


It was very stressful. It wasn’t the workouts because we had harder workouts at Linfield. But, but in the NFL every week they would cut the roster. You didn’t know from week to week if you were still going to be on the team.


I recall with New England that we had 50 practices straight without a day off. We’d be up at 6 in the morning for breakfast and practice started at 8. There was lunch at noon and the practice again at 2:30. After dinner at 6 we’d have meetings until 10 in the evening and then it was bed time at 10:30.


Mentally and physically, I was prepared for the NFL. A disadvantage for me was transitioning from being an offensive running back in college to a corner back in the NFL going against receivers like Bob Hayes, Lynn Swann and Fred Biletnikoff.


Did those I train with in the NFL know Linfield? No. It wasn’t on their map at all.


Looking back on things, if I’d stayed and played one more season in the NFL I would have qualified for the NFL pension. But, at the time I was 26-years-old and thought I was getting too old to play. Funny to think now that I thought 26 was old. When I retired from the Patriots my position coach told me I could play in the NFL another two or three years. But, for me, it was time to move on.


I don’t watch the NFL on TV or in person. The game has changed so much from the 1970s. There are too many prima donnas and not enough old school hard-nosed football players in the NFL. Today I enjoy watching college football, but not the pros. 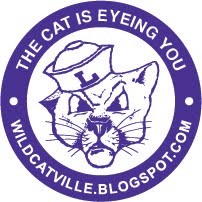